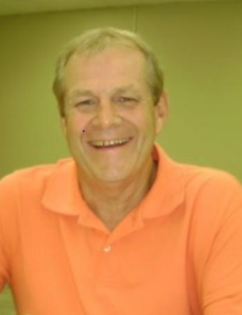 Born Friday, February 22, 1952, in Logansport, he was the son of Harry and Florence Jane Corcoran Strahlem.

On June 6, 1976, in Monticello, he was married to Jill Hornback, who survives.

A 1970 graduate of Logansport High School, Dave served in the United States Air Force from 1970 to 1974, where he was stationed in Thailand. He was a life member of the VFW Post 3790. He attended the Chicago Trades Institute.

Dave retired from the Cass County Highway Department after 40 years of employment including having served as superintendent.

He was a member of All Saints Catholic Church.

Also surviving are a father-in-law, Earl Hornback; sisters-in-law, Terri Hanni and Julie Hornback, all of Monticello.

The Funeral Service will be at 6:00 p.m. on Tuesday, also at the funeral home.

Interment with full military honors at a later date be in Mount Hope Cemetery.

Family and friends may leave a memory or message of condolence at www.kroegerfuneralhome.com.